(i) As a consequence of a small difference in EIIP values for A and T (see Table), the signal strength of AT sequences is low. It means that AT reach sequences are informationally “empty”, but represent potentially (from an informational point of view) basic genetic material for evolution. This conclusion is in agreement with some previously defined hypotheses that first DNA had consisted exclusively of AT sequences which give the ability for autocatalytic multiplication without DNA polymerase (Komberg A. Molecular evolution and origin of life. North-Holland, Amsterdam, 1974.). 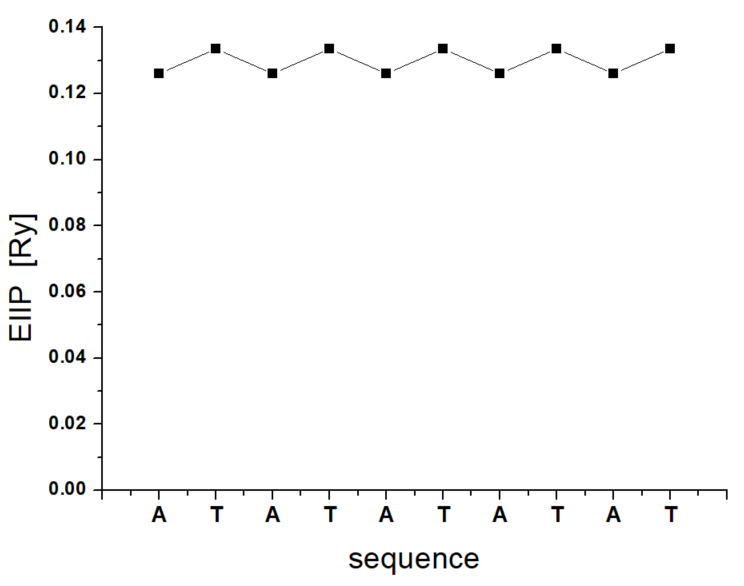 (ii) The signal strength of the DNA sequence containing G is strong. This fact suggests a possibility that guanine might play a specific role in the formation of genetic information. 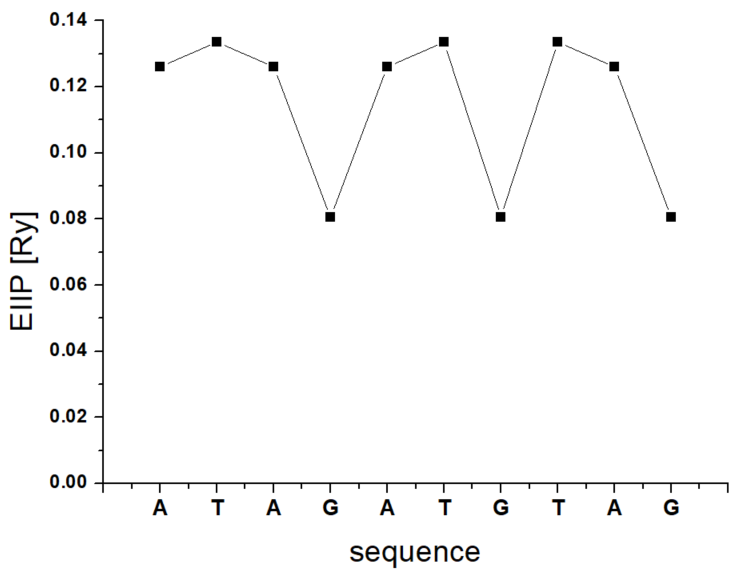 The representation of nucleotides by the EIIP is the most common coding scheme that is used in the analysis of DNA sequences (mapping of introns and exons, regulatory sequences, methylation sites, etc. (see some articles which are included in the section “Publications” on this website)).