Getting to the root of the problem

According to the current concept, the short-range electrostatic forces (distances <5Å) are the key factors that determine the interaction between biological molecules. 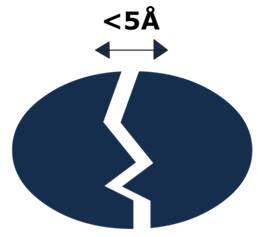 The short-range molecular interaction (the chemical binding)
The biological space is overcrowded with molecules (e.g. the mammalian cell contains ~2 billion proteins). This raises the question of how two interacting proteins recognize each other in this crowded environment and which forces bring them in close contact (<5Å). The problem of the molecular recognition and targeting in the extracellular space (e.g., interaction of antibodies with antigens) is even greater because the volume and the number of molecules is several orders of magnitude higher. Collision theory answers this important question assuming that the first contact between interacting molecules is achieved accidentally by the thermal motions that cause molecular wander. The experiments show that protein-protein association generally occurs at rates 103 – 104 times faster than would be expected from accidental collisions.